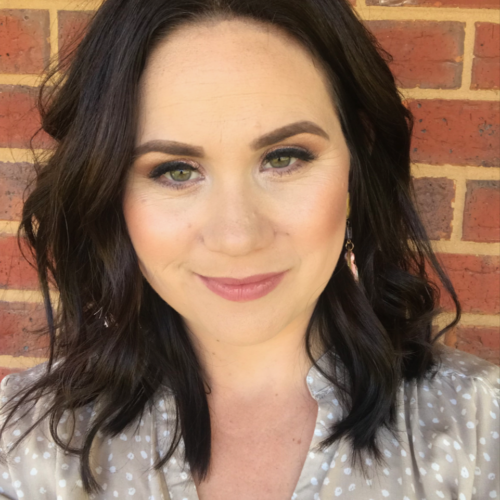 On what was spose to be one of the happiest days in our lives quickly turned into the worst. When I went in to have my third baby in January 2018 I was nervous, anxious, excited! Through complications during my pregnancy, they were going to induce me, argh that’s never happened I didn’t know what to expect! As they did an examination they said they felt placenta I’ll need an emergency caesarean! All went well then the dr said to me were just going to look at your cervix. I was like yep ok oblivious to what was happening and I remember the head dr saying “she’ll have to come back” still thought nothing! In recovery not even held my baby, the dr came through and said we’ve found a growth in your cervix you need to come back for biopsy in 2 weeks! Devastated is an understatement! I remember my husband crying, he never cries I knew it was serious he asked is it cancer? all they replied was we don’t know you just need to come for a biopsy! I knew something was wrong!

So now I have a little baby and 2 small children at home 4 and 2 and in my gut I knew it was cancer! We go in for results 4 weeks after and Marcus my husband is holding Frankie and she says to me “I’m sorry it’s come back as cancer and it’s aggressive” I lost it! All I could think was I’m going to die and I’m not going to see my kids grow up! It was the worst time of our lives! 2 weeks after we had scans and apt at mercy hospital and Olivia Newton John Center I sat there at gynaecology oncologist waiting room with my 6 week old and broke down, started to have panic attack! You never think it’s going to happen to you, but it can! After I had my pet scan I couldn’t go near Frankie for 24 hours not only was I going through all this but I also had to be way from my children.

I was diagnosed with stage 2b cervical cancer 8cm tumour 6 weeks chemo and radiation and with 3 brachytherapy. it really hit Marcus hard cause in his head I think he thought it’ll be fine just have surgery then everything will be ok but now we had to go home and organise ourselves. As we lived 3 hours away the kids and I moved in with my family who lived closer to city while my husband stayed home and still worked coming down once a week! It was a tough time for all! My parents who own a bakery would work in the morning come home look after the 3 kids while my sister who took time off and would drive me to treatment everyday! I kept thinking it’s ok I’ll come home and go straight back into mum mode but I just couldn’t it took its toll on me I lost 15kgs in 2 months was in a lot of pain and absolutely no energy! I felt so bad for my family but like they said that’s what we’re here for!

The hardest part was the brachytherapy it was horrible! And after the first one I cried so much when it came to the next one I really didn’t think I had the strength to go through that again! But I did, my children got me through it! I would look at the pics on my phone while I was in hospital! Finally it was all over and we could all go back home and try and get back to normality! Still on strong pain relief I had my difficulties being home and going straight back to mum full time but it was good I had no time to dwell on it it was the best thing for me really! It wasn’t all smooth sailing I ended up in hospital month after I got home I had an inflamed bowel side affect from radiation had to have colonoscopy but it all went fine it was just something else I had to deal with, my new normal! I’m now also going through early menopause which is fun but at least I’m here to tell the story, I’m one of the lucky ones!

On 16th October 2018 I got the awesome news my pet scan had come back all clear! I was so relieved! Frankie saved my life! We were done after the 2 Sebastian and Talia we had 1 of each we were happy then when I fell pregnant we were shocked but thought it was meant to be! If I hadn’t of had him they may never of found it for years! All my Pap tests had come back fine! Now I share my story so other people know it can happen to anyone no matter their age and im an advocate for listening to your bodies! If this reaches one person who’s had a niggling something and has put off getting it checked then that’s all I want! No one should have to go through what I went through and early detection is key!

My family got from cancer council a holiday break down at Mornington peninsula in May and that was fantastic our first family holiday and so nice to get away and not think of the horrible year we’ve had! I was lucky my children were too little to remember and fully understand what was going on, all they knew was mummy was sick and had to go to dr everyday to get better! I had a checkup recently and brought the kids with us, first time, was very emotional for me! As we walked up seb asked why I was crying I very simply explained to him what had happened and what I had! His reply was so you had cancer but you’re all better now! Do you know how hard it is to hear your 6 old say the word cancer?! It hit me hard but I’m so lucky I got the all clear again and everything is fine!

Now nearly 2 years cancer free I fundraise as much as I can! took part in the relay for life, volunteering for daffodil day and did a 5km walk/run to raise funds for ONJC in October 19. I also had the amazing opportunity by the ACCF to do a stunt at Bondi to raise awareness for cervical cancer. It was the most empowering thing I have ever done in my life and an experience I will never forget! If everyone gets the HPV vaccine and has regular screenings by 2035 the disease could be eradicated in Australia. How wonderful for talia to potentially never have to go through what I went through, that’s what it’s all about! Just doing my bit to spread the word and raise awareness.

Listen to your body! I knew something was wrong during my pregnancy. I kept bleeding thinking I was miscarrying and nothing was ever picked up. All my Pap tests came back clear so I’m lucky I had Frankie the way I did otherwise the doctor may never have checked my cervix.