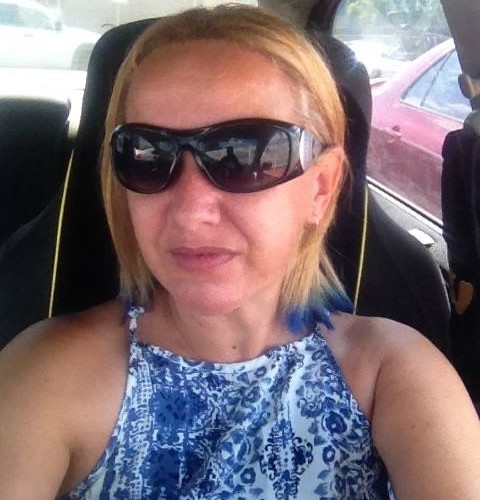 I was told on the 8th of April 2014 that I had cervical cancer. A month later, after some more tests and an operation, I was told I was stage 2B.

On the 23rd of June 2014, I started my treatment that was 5 doses of chemotherapy, 28 rounds of radiation and one weekend of internal radiation.

It was the worst weekend of my life when I had to have internal radiation, flat on my back the whole weekend with 3 rods up your vagina. You can’t move, you have to lay there by yourself and there are no visitors are allowed. The nurse would run in with food that you would have to lay there and eat. They would give you a bed bath.

I got radiation burn that weekend that took a month to heal, along with all the side effects I had with chemotherapy and radiation.

The weirdest part is that I find recovery the hardest part, fighting the cancer was easy. Now I have a daily battle with all the after-affects I now have, from simple things like brittle hair and nails to stiff joints. I can’t sleep through the night anymore thanks to the early menopause, chemotherapy brain, anxiety, fear of a re-occurrence or a secondary cancer and the list just keeps going. I have been through some very personal things that I have not even been able to tell my husband, but he has been my rock through all this.

Listen to your body, a Pap test is nothing compared to what I’ve been through.