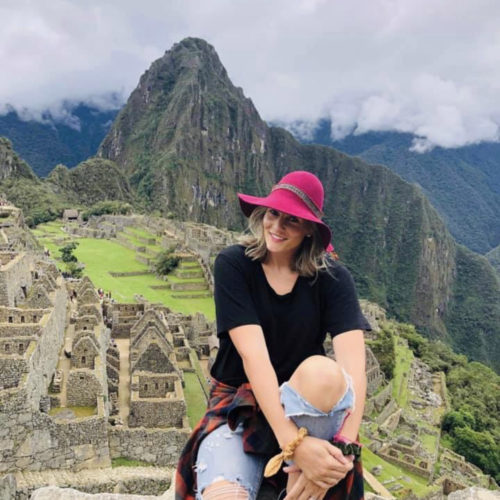 Where do I even start…

A brief stint living in New Zealand, could have cost me my life! I was in the middle of packing up our house in NZ when I still remember my letter from my GP stated I was due for my next Pap Smear. I placed it in the draw and said to myself “I will just get it done when we arrive in Australia.

Upon my return to the Gold Coast, I found more excuses to skip my cervical cancer screening until I happened to stumble across something that jolted me into action and potentially saved my life.

I saw Margaux Parker (Brisbane radio personality) shared her story on social media about being 12-months late for her pap smear and she’d had to have some procedures as a result,” said Bec.

Her social media post said ‘GO AND GET CHECKED’, so I did.

When I got to the GP my cervix was bleeding and I was immediately sent to The Cervical Centre at Gold Coast Private Hospital for an urgent appointment that likely saved my life.

Now I was 12 months late for my pap smear and I was in trouble.

“Bec’s cervix looked abnormal when she came in so it was clear she needed urgent investigation,” said gynaecologist Dr Graeme Walker.

I was diagnosed with cervical cancer but I was very lucky it was in the earliest stage so we were able to treat it with a Loop Excision of the Transformation Zone (LETZ) which completely removed all the cancerous cells.

I had finished having children so I decided to have a hysterectomy, further reducing the risk of the cancer returning.

It was caught it just in time. If I hadn’t come in when I did, I’d likely have needed a radical hysterectomy as well as surgery to remove my lymph nodes and radiotherapy to give me the best chance of long-term survival.

I have recently celebrated two years cancer-free and I want to tell my story in the hope it will prompt others to keep their cervical cancer screening up to date.

Until my missed pap smear I’d always had clear tests so I didn’t think I had anything to worry about. It came as a shock that missing my screening by just 12 months could be so damaging and I shudder to think how bad it could have been had I not seen that social media post that day. To think I came close to missing my children grow up devastates me.

I hope that by telling my story, it might prompt someone else to get checked – not just for cervical cancer but for anything they need to be screened or checked for – skin cancer, bowel cancer, anything.

Don’t make excuses like I did. Cancer doesn’t care about your excuses.

Cancer doesn’t care about your excuses!
I was the Woman/Mum who said
“that wouldn’t ever effect me”
“I’m too busy”
“I’m healthy”
“I will do it later”

Let’s just say my awareness was not even there!
Pap smears are free, they don’t take long and they truly save lives!