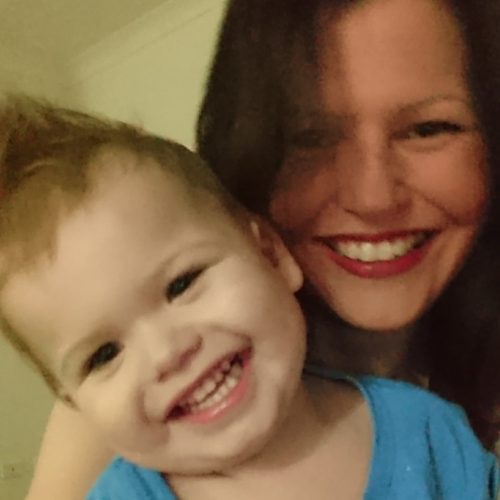 Charlene has relayed her story to ACCF CerviCAN Support Program Coordinator Fiona, who found it hard to condense Charlene’s story here. Fiona thinks Charlene should one day write an amazing novel about what she has been through:

I fell in love with an intelligent, charming, good looking European man who used me to gain Australian citizenship. He was cheating on me with at least five different women while I was pregnant & supporting the two of us financially. He left me after we got married. My grandmother had just passed away & our son was only a couple of weeks old. I didn’t see my husband for almost two years then one day he called me to tell me he was sorry & that he still loved me. He had returned to Estonia & was not allowed back in Australia. He convinced me to give our relationship another chance so I decided that my son and I would move to Estonia to be with him. The plan was to be there for one or two years before coming back to Australia. I thought it would be nice for Markus (my son) & I to experience another culture.

In May 2018 I took Markus for his child health check (he was about to turn two) and I decided to have my Cervical Screening Test at the same time. I was given the all clear; no abnormalities were found. We left Australia a few weeks later.

I decided it would be too difficult to travel all the way to Estonia in one go with a two year old so we broke up the journey with a stop-over in South Korea. My husband met us there. After the first time we had intercourse I bled. I was concerned but I did think that perhaps this was because I hadn’t had sex for a long time. (I had only had sex with my husband during the previous five years & hadn’t been intimate with anyone since he had left.) Soon after that, I started to feel unwell. I felt exhausted, nauseous & was vomiting. My body ached & I felt like I was dying. I liken the symptoms to those I have experienced more recently during chemotherapy treatment. I wanted to see a doctor but my husband convinced me to wait to get to Estonia. He told me that he would get me into the health system there.

Things were worse in Estonia. My husband told me it was too expensive for me to see a doctor. In Australia my husband had been verbally aggressive but in Estonia he was physically aggressive too. He locked us in his flat & we had no phone or internet so I had no way to contact my family in Australia. To cut a long story short one day I managed to convince him to take me to the library and to leave me there on my own and while he was away I convinced one of the library staff who spoke some English to call the police on my behalf. I found out that my husband had a record for using and abusing women. I just wanted to get home safe. Luckily the police were on my side as they knew what my husband was like. They helped me to contact my family & I stayed at a refuge for just over a week until Markus & I were able to fly home.

As soon as I got back I went to see a doctor. The wait to get the test results was so hard. Three days later I found out I had stage 2 cervical cancer, caused by HPV18. Even though that was obviously bad news, I actually felt relieved that the cancer was not more advanced, given the symptoms that I had been experiencing.

I have had radiation, chemotherapy & will have three sessions of brachytherapy in the New Year. I have found the side effects from treatment difficult as I have experienced pain, nausea, tiredness & vision problems as a result of chemotherapy. I am so lucky to have some family support, particularly in relation to having assistance with my son while I am going through treatment.

I don’t regret being with my husband as without him I wouldn’t have had my son. My 2 and a half year old has been diagnosed with global developmental delay & may also be on the autism spectrum. We are currently going through testing for this as well as attending speech pathology appointments in between my chemo & radiation appointments. I love my son so much 🙂

When it comes to sexual health & relationships, don’t rush into anything. Really get to know the person first before getting into an intimate relationship. And of course keep up to date with screening.