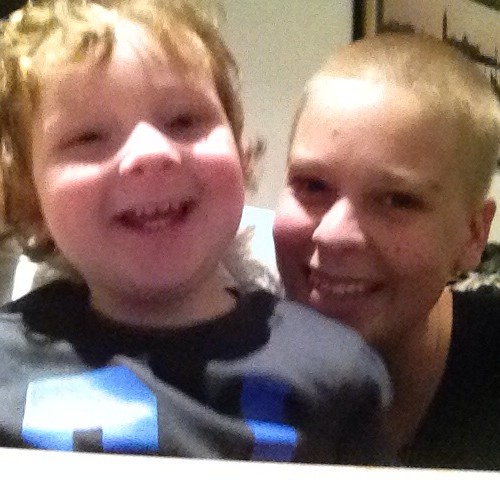 My nightmare began on the 5th of October, 2013. I was 22 weeks pregnant when I started having terrible pain. I went to the hospital where I was given an internal and admitted as there was no one to do an ultrasound until morning. Morning came and I woke up bleeding. I had the ultrasound, I was later told they couldn’t see anything obvious but my placenta may have come away from the wall a little. They kept me in until the 10th of October when the doctor sent me home in concern I’d get ‘cabin fever.’ The next day I was back at the hospital as the pain and bleeding was getting worst. They admitted me again doing more tests and still finding nothing. So the hospital sent me home again on the 18th of October. A few hours later I was back at the hospital, luckily because my waters had broken.

The next day I was transferred to another hospital in Melbourne, I was 24 weeks at this point. After being there for 4 hours I was placed on antibiotics due to having an infection and told my son may not survive. On Sunday the 20th of October, 2013 they took a sample of amniotic fluid. It came back infected and they were worried the infection was affecting my son so they did an emergency c-section. He was so small when he arrived I was crying seeing him kicking and was overjoyed to find out he didn’t need much recitation. Before he was whisked away to the NICU I got my first kisses. After I got out of recovery I went to see him and he was doing so well. I felt there was hope. About 5pm on the 21st of October, I was told I should go down to NICU. When I got there I was told by his doctor it was cuddle time. My heart sank, knowing my baby boy wasn’t going to make it, my precious little Sebastian.

I had a beautiful 24 and half hours with my precious boy before he turned into my angel. I was honored I got to hold my Sebastian as I watched him gasp his last breaths. As he took his last breath at 7:15pm on the 21st of October, I felt him slip away in my arms. My heart broke into a million pieces not knowing how to put it back together. I sat there for hours cuddling him and crying thinking why was such a beautiful little boy taken too soon? Heartfelt were wonderful and came the next day to take photos for me, I was hesitant but I said yes anyway. It was the best thing I could have done. I now have beautiful memories of my little angel.

Thinking about organising a funeral was so tiring let alone what I was about to face. The funeral came and went and as I watched everyone move on with their lives, I continued to bleed and the pain was getting worse, so 3 weeks later I went back to my local hospital. I was admitted with an infection and a week later I was back with golden staph infection. After many trips to my local hospital, 3 blood transfusions and being sent home with panadol for 5 months I went back to the hospital in Melbourne. They did another internal and said they didn’t like the look of my cervix so they took a biopsy and gave me strong pain killers. I never thought I’d be facing cervical cancer at 24, I wasn’t due for my next Pap test for 4 months. The next day my doctor walks in, she sits down and starts to say “I’m really sorry Felicity but…” I cut her off and said “I’ve got cancer haven’t I?” The doctor said “yes I’m so sorry” I sat there for a minute before starting to say over and over “but I’m 24, I’m only 24!!!”

On the 17th of March, 2014 I was diagnosed with cervical cancer. I was then referred to Peter MacCallum where I was told I’d be having 5 weeks of radiation and chemotherapy and then 4 sessions of brachytherapy. I was also referred to Melbourne IVF where I decided to have day surgery and have an ovary taken and the eggs frozen. After that was done it was time to start treatment, it was horrible. I lost 28kgs in 3 months. I basically lived down at Peter MacCallum meaning I rarely saw my 2 year old son for 9 weeks. When I did see him I had to have someone with me for months as I couldn’t function, it broke my heart when he used to cry because I couldn’t play. My son used to tell everyone “mama sick.” It brings a smile to my face as that’s now changed to “mama all better.” I was cleared on the 18th of December and even though I can’t carry anymore children, going through menopause & have on going medical issues, my biggest sadness is I lost my beautiful son.

You know your body the best so anything that doesn’t feel or look right please go get it checked. Also if you feel there’s something more go get a second opinion, it saved my life.