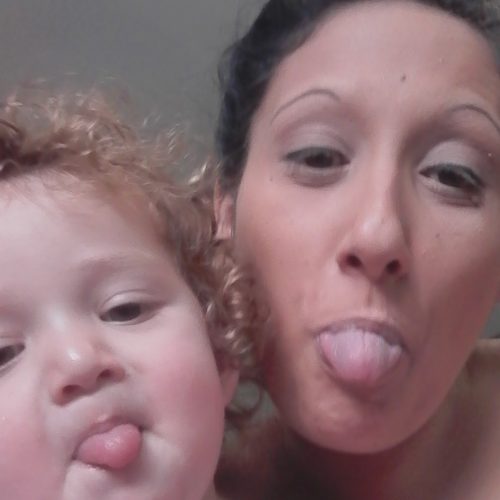 It all started with some light spot bleeding after intercourse. This happened for about 8 months and my mum and partner kept telling me to go see a doctor but I always had some excuse as to why I couldn’t go. I think deep down I had a feeling.

Fast forward a few months and suddenly out of nowhere I started bleeding like a tap and had massive clots the size of baseballs coming out. My partner and I went to our local hospital, where I was humiliated. We told the nurse what was going on and they just took my observations and made me sit down. I was sitting there crying as I could feel myself gushing and could feel the clots coming out. I had a big thick blanket tripled folded underneath me and bled through it.

The nurse called me up and as I got up I bled worse and walked to the toilet gushing through my clothing and blanket. The nurse then threw me a hand towel and told me to clean myself up and come out when finished. As I was cleaning myself up she came back with a pad and my partner showed her my previous pad and the clots and the blood everywhere. The nurse said “yeah I see it, but her observations are fine.” Once I was cleaned up she took my observations again and said I’d be waiting about 4 hours before I was seen.

My partner said, “are you serious? She is bleeding to death.”

After that, we left. I was disgusted and ashamed.

The next morning the bleeding stopped.

A month goes by and I get my period on a Thursday. Saturday night my friend and I are getting ready for a girls night out and we have a tanning situation (my friend loves her instant tan lotion). But we couldn’t get it and she said “it’s like the universe is telling us something like we’re not meant to go out.” But we carried on and finally, we were ready and literally the moment my friend was done I went to the toilet and started to gush blood and clots again. So, night cancelled. The bleeding slowed down after an hour or two and we just cruised around town for a bit.

I remember going to bed at 5 am on Sunday morning and then waking up Monday morning around 9 am covered in blood. My partner helped me to the toilet where I kept losing consciousness and he said “stuff this I’m calling an ambulance.” He helped me back to our room where I collapsed on the floor. The paramedics came, took my blood pressure (which was 30/80) and tried to get a vein for a drip, they had troubles but eventually got one, and we were on our way to the hospital (the same hospital that a month earlier had made me feel so ashamed).

I stayed there a night and was then transferred to Mercy for Women where I had test scans, 6 blood transfusions, and packing inside drugs non-stop to help stop the bleeding. They told me I’d lost about 5 litres of blood and was lucky I didn’t die.

I was diagnosed with almost stage 4 cervical cancer and was told that it was so bad I only had a tiny window to treat it.

So after more scans and tests, I started intense treatment which consisted of radiation everyday, 5 days a week, for 3 months plus chemotherapy and 2 weeks of internal radiation. It was horrible. I’m a young mum with kids and thought I was never going to get through my treatment and survive but by some miracle I did. I had my first scan 3 months ago and my results came back clear of cervical cancer. Even my doctor was surprised my body reacted as quickly as it did. It is very rare for the amount of cancer and how aggressive it was to be completely gone after the first round of treatment. They then explained my treatment was very intense and they could hopefully cure me.

And they did, however, I have an 80% chance of getting cancer elsewhere and I’m having scans every 3 months for 2 years and then every 6 months for 5 years.

As hard as it was being faced with this horrible disease the hardest thing was going from being super mum to nothing. I was always tired, sick, depressed, and felt like I’d done something wrong for the world to give me this. I went to a dark place for a while but I am slowly getting better every day and not blaming myself and getting back to the original me.

It’s been a long, painful, sad, happy, and slow process, but I know there is a light at end of the tunnel.