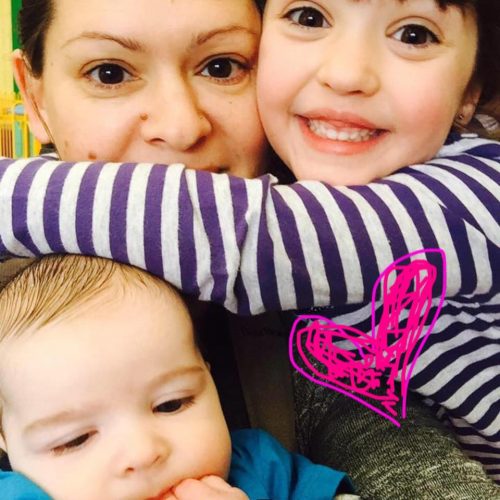 Our second baby, a much-wanted son to follow on from our beautiful daughter, was born at the end of April 2017. This was a very stressful time following an emergency caesarean and managing related complications. Eight weeks after his birth, I was diagnosed with a DVT. It was around the same time I had my routine pap smear. I was two years overdue. My husband and I had moved interstate two years earlier and started a business. Time got away from me. It was that simple. As a registered nurse who started her career in Gynaecology/Oncology, I was well aware of the importance of regular pap screening, and had done so throughout my adult life. I was now 38, with an amazing husband, and two beautiful children and my life was just as I wanted it.

When my pap results showed high grade dysplasia, the medical professionals brushed it off and said it was likely to be hormonal changes related to pregnancy. One month later my perfect little family were due to move back interstate, so I got a referral to a specialist near to our new home. Three days after moving back to Melbourne, I had my colposcopy. I asked the question “is it likely these changes are related to pregnancy”. After all, I’d had no symptoms and felt well. I was reassured that this was the most likely situation and that I need not worry. Deep down though, I had a horrible feeling.

Later that week, I got a call from the specialist advising that my results showed something more sinister and I need to go in for an emergency cone biopsy. One month later I was told I had cervical cancer. My first reaction was “this doesn’t happen to me” but the reality was, it really did. I was heartbroken. The uncertainty of what this meant was just too much. To look at my husband and our beautiful babies and not know the status of our future was pure torture.

The next month was just as horrible. Multiple tests, including PET scans and CT scans, gave inconclusive result after inconclusive result meant that we still did not know what we were dealing with. My perspective on every aspect of my life changed instantly. How I wanted to live my life changed. Real friends stood up. The not so real ones didn’t. After coming across the Australian Cervical Cancer Foundation website and reading the stories of others, I made the decision that I wanted to raise money to support the foundation. Knowing what I had been through, I knew that there were others that were in the same position, and some worse off. I wanted to somehow make a difference in the lives of these women and their families. My fundraising campaign began and within days I met my $1000 target!

It was around the same time I got notification of my impending radical hysterectomy, salpingectomy and lymph node dissection. This was the best possible outcome as far as I was concerned and just wanted to get the show on the road. Having been told that the need for additional treatment would be determined by the pathology results, the anxiety was still high, but my goal was simple. Get the surgery done and get strong and healthy. I had no other option.

My surgery went ahead and in total had 11 pelvic lymph nodes removed. When I first woke up, the pain was unbearable and after being visited by the pain management team, I was quickly made comfortable. Once my PCA was taken down, I was feeling so well and so determined, I was discharged day two post op with a urinary catheter, returning three days later to have it removed. After having the surgery, all my anxiety had completely disappeared. Somehow, I just knew I and my beautiful family was going to be ok. One week later, I got the best news I had ever received. My pathology was clear, and I did not require chemotherapy. The relief was indescribable, and the champagne bottle was cracked!

I am now just 16 days post op and apart from a little wound infection, my recovery is going well. I am feeling good, though easily tired and sore. I am very eager to get to the other side of this and curious to see where my determination gets me moving forward. I do have a little paranoia about developing lymphoedema, however I am committed to do everything I possibly can to minimise my risk. From now on, it’s all about the here and now, and I know now more than ever that I have the strength and courage to face anything. And on top of that I have a new passion – My focus on fundraising for the ACCF has increased a thousand-fold and I know it is my personal desire for the rest of my life, to help as many women as possible by supporting the foundation.

Look after yourself and your fellow women. Keep up to date with your pap screening and have all the women in your life do the same!