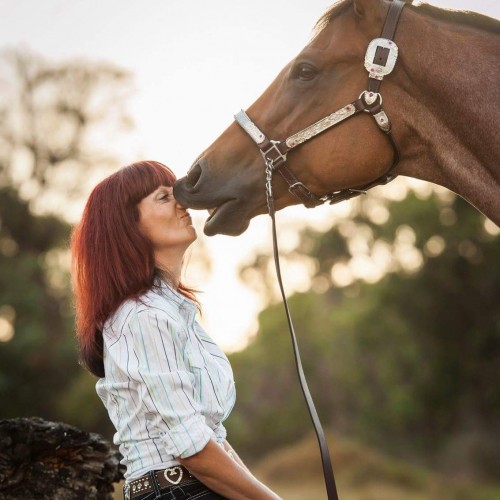 Where to start with my story. It still seems like yesterday, but almost 2 years ago now a routine Pap test (right on the 2 year mark) came back abnormal. I received a call from my GP’s clinic advising that I needed to book an appointment with their referred gynaecologist as my results were abnormal and “if you can’t get in within 6 weeks let us know and we’ll call them”.

I remember those words so clearly but didn’t actually think the worst. I mean abnormal cells are common right?

Anyway 4 weeks later I had the Gynaecologist appointment where he had a look around and took a biopsy. That’s when he told me that he couldn’t see anything but that the lab technician who did my results had reported serious changes to the cells and the report actually said “cancer”. But he hadn’t seen anything so I thought “oh well, maybe the tech got it wrong”.

A week later I was back at the gynaecologist getting a Grade 1 cancer diagnosis with the cancer right up high at the entrance to my uterus. Thus began two months of chaos; agonising waiting for oncology reports, cone biopsy results, PET scan results, that decision for treatment, waiting 5 weeks to heal from the cone biopsy and then the treatment itself.

The location of my cancer, my age and the fact that I wasn’t in a relationship wanting children actually made the decision to have a radical hysterectomy a quick one. By doing this I avoided chemotherapy which I was desperate to do. I also had lymph nodes removed from both groin areas to have tested.

The operation was a huge shock to my body and my mental state. I was a fit, super active, fiercely independent person. I was barely able to walk for a week and spent 7 off work. I had times of severe depression as I was bored and in pain. It was a struggle to walk around the small block I lived on and I needed someone to do all my basic house chores. My body took a long time to be pain free post-op, partly because I pushed so hard to be back to normal.

I had never had an abnormal Pap test ever. I didn’t know that the disgusting discharges I was getting and the pain during sex were symptoms of cervical cancer. I’d had those for years. I thank god every day that the tech who did my smear results was on the ball and that my GP managed to swab up high enough to get the cells.

Regular Pap tests! If you think something isn’t right get it checked.