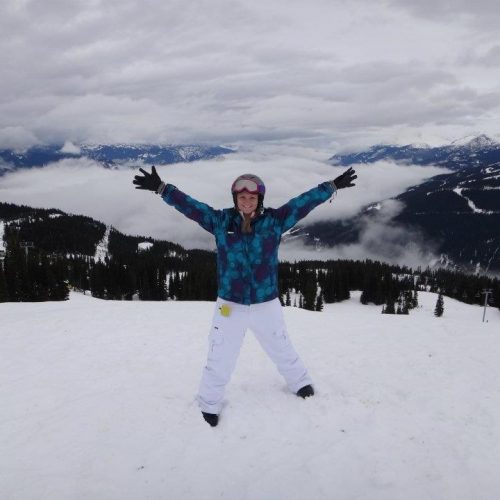 I was moving to Canada and finalising things before I left. It occurred that I hadn’t had a Pap test in a while -turned out it was over 5 years! I booked in with my GP and had it done. A week later I had the call that we all dread, the results were abnormal and you need to come back in. I was young, fit and healthy and I had the full round of HPV vaccines, how could there be an issue? My best friend assured me that everyone needs to go back at least once and they will probably just repeat the test. I went back to my GP later that week but she didn’t want to repeat the test; instead, she was sending me straight to the specialist for a biopsy. I began to get really worried, I was leaving for Canada the next day for a month long holiday. She said that the specialist will have a wait time anyway and that everything will be fine. A few months later I nervously waited in the specialist office for my appointment. He explained that the Pap test was abnormal and that they would do a biopsy just to be safe, and to come back a week later for the results. I came back the following Thursday, hopeful for good news. Instead, he advised that the results showed high-grade pre-cancerous cells (CIN 3) and that he would need to operate. I wondered how I could possibly fit that in, I was moving countries in just a few weeks! Assuming that he would have a wait list anyway, I told him that I would be back in Australia in November so we could book it in then. His response, “oh no dear, we are doing this next Tuesday”. The seriousness of the situation began to sink in. The day of the surgery was one of the most stressful days of my life, and I had had other operations before that! But none of those involved the big C word. In my post-op appointment, he advised me that the surgery went well and to come back in 6 months for another Pap test and biopsy which were clear. He also advised that children are not likely to be in my future now. I had the same tests repeated a year later and I am thankful to say that I am now in the clear and back to 2-yearly Pap tests – which I will stick to!

5 years later my Pap tests have still been clear (they’re still every 2 years here in Canada)!

Get your Pap tests done ladies! They’re horrible and uncomfortable but they can save your life.