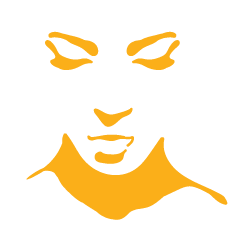 April 23rd 2015 was the day my life was forever changed. I had been seeing a doctor for a few weeks after having an unexplained clear vaginal discharge. I was a pharmacist and couldn’t find a logical reason for the discharge but had a hard time convincing the doctor that something other than an infection was wrong with me. On April 20th, after a course of antibiotics failed to work, the results from an internal ultrasound (that I had requested myself) finally showed something. There was a growth near the opening of my cervix. When I asked the doctor what that meant she told me not to be alarmed as she didn’t think it was anything sinister as apparently I was “too healthy and young to be sick”. She had also run my case past another doctor at the clinic just to make sure she didn’t miss anything. She said it was most likely a fluid filled cyst and referred me to a gynaecologist.

However, when I got to the car and looked at the results my heart sank. This apparently non sinister growth had a blood supply. I knew straight away that it was not going to be a cyst. The rest of the day was a blur. Lots of tears. I emailed my results and referral to the gynaecologist and decided that if my specialist was changed to the gynaecological oncologist at the clinic, then it was safe to say I could think the worst.

Two days later I received a call from the clinic saying they had changed my doctor and she had a cancellation the next day. I took the appointment and prepared to face my worst fear. The next day I met with Dr Orla McNally and the first question she asked me was whether I wanted kids. I found this question very difficult as I did want kids but had always thought there would be plenty of time to have children. Now I was facing the possibility that this window had closed. I just wanted to get the examination over and done with.

After the examination the doctor took one look at me and I knew. I asked her to just tell me straight as by this point I was sick of people telling me I was too young and healthy to be sick. All she said was that it didn’t look good and she thought it was cervical cancer. She had done biopsies to be sent off so that we would know for sure.

All I could think of at the time was how was I going to tell everyone. She asked me if I wanted to tell my mum and my partner who were both in the waiting room, or whether I would prefer her to break the news. I opted for the later whilst I collected myself and prepared to face what was to come. When I walked into the doctors office all I can remember is seeing the pain in their eyes. The doctor proceeded to tell me that she had organised a MRI for the next day to see exactly what we are dealing with but I will most likely need a hysterectomy and radiation. I would also never be able to carry my own children as after the treatment my uterus would no longer be strong enough. She said I would most likely have time to do an egg harvest before I started treatment.

Fast forward a few very long days and I finally received the call I was waiting for. It was the doctor. She told me that it looked like I had stage 2a cervical cancer that was too big to operate on. My lymph nodes also looked inflamed so it was possible they had cancer in them as well. Due to the size of my tumour it was no longer advisable to do a hysterectomy, but instead I would have chemo radiation for 5.5 weeks followed by 2 weeks of internal radiation.

In the weeks that followed I did an IVF cycle as after treatment I would go into menopause. Thankfully I managed to harvest 10 eggs which I may be able to use with a surrogate in the future. Then I started my treatment at the Peter Macullum Cancer Institute. My treatment involved 5 days of radiation and 1 day of chemotherapy a week. I did that for 5.5 weeks, then had to do 4 treatments of internal radiation. By far the chemotherapy was the worst part, very closely followed by the internal radiation. I really struggled in the last two weeks of treatment and found the internal radiation very painful and uncomfortable. All the staff at the hospital were amazing and made the whole experience that little bit easier.

It now has been 4 months since I finished my treatment and I have my first follow up MRI on the 23rd November. Whilst I am feeling good, I can’t help but feel nervous. My final test will be in January when I get my PET scan to see if the treatment was successful. It is an emotional ride, with some good days and some bad days, but thankfully there are many more good days.

I have had amazing support from friends and family the whole way through and have been very grateful for this as it made it easier to fight. There is not much I can do now except for take it one day at a time and hope for the best. Going through this experience at age of 28 was tough, but in a way it has been an awakening experience. Sometimes we get caught up in our lives working too much, becoming too busy to realize something is wrong. That is what happened with me and I’m just thankful I listened to my instincts rather than listening to all those who told me I was too healthy and young to be sick.

Make sure you get regular Pap tests. Follow your instincts if you feel something is not right; even when everyone tells you that you are too young and healthy to be sick.