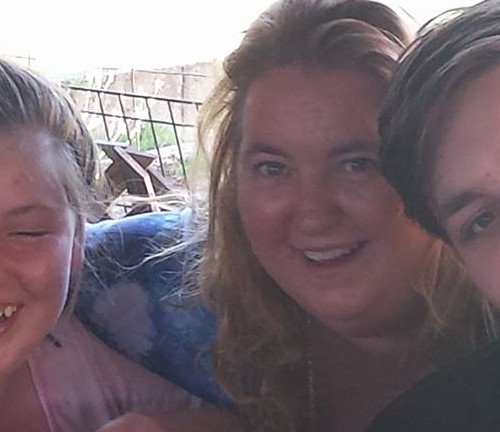 My story actually begins about 30 years ago…. I was diagnosed at 15 in 1982 with PCOD (now called PCOS) and back then they didn’t know much about it. I was put into the Royal Brisbane Children’s Hospital with suspected appendicitis. After 5 days and much prodding, I was told at that point I would never be able to have children.

Many years later I went to have children and I seemed to put the past bad memories of PCOD aside. After marrying my ex-husband we wondered why I wasn’t conceiving then went to see a doctor. After some tests of his sperm and my ovaries it was found that I still had PCOS and back in early 1996 the only option was to laser off the cysts or IVF.

I wasn’t in for IVF and we couldn’t afford it, so I went off on my own investigative journey and found a wonderful acupuncturist Pamela Bird. Who then referred me to a wonderful woman at Paddington who practiced Kundalini Yoga. Who then led me to another fantastic human being, Jason Jackson, a naturopath at Greenslopes. After only 6 months of these three natural holistic therapies; I conceived my first child Connor.

After his very natural birth and him growing into a wonderful young boy and myself losing approximately 30 kgs I then naturally conceived our next child – a beautiful baby girl Eliza. Who both to this day are now 17 and 12 respectively.

Whilst I was with my ex-husband I noticed he had lumps on his penis and asked him to get them checked out. Which he did and said when he got home from the doctor that they were only mucus lumps. Which I have now discovered was HPV!!!

My previous birth control was the Depo Provera injection, but when I turned 40 I went to my GP as I was having unusual bleeding and pains. They referred me to my gynaecologist, who then determined that I had uterine polyps. I then went in for a day procedure to remove the polyps and due to my age and smoking status inserted a mirena.

Time went on and all seemed fine then at the 5 year mark to replace my mirena, I went to my gynaecologist who asked how long since my last Pap test. I had totally forgotten; as we do; to have my yearly Pap. He replaced my mirena and did my Pap test.

This was 2 years ago. Unfortunately the results of the test came back with high grade lesions CINIII. Oh my God, I was a right mess. Thoughts of the “Big “C”” came into my head. Luckily I had a brilliant gynaecologist, Matt MacBeth, who was caring and set me straight. Telling me not to stress, that it is NOT Cancer but needs to be dealt with ASAP. I said to him, “Can’t we just do a hysterectomy and get the whole lot out?” At this stage I was 45 and was way past my child bearing years. I was concerned with the risk of ovarian cancer due to my PCOS and just wanted it all gone…. He advised that it really doesn’t work like that and they needed to investigate the abnormal cells as it could be more malignant than it was showing. Therefore if they treat it incorrectly it could be a worse outcome.

At this point in time, my partner of 4 years decided he no longer could be part of the relationship and I became a single mum again. Brilliant timing!!

Two days after he left I went in for my first LLETZ/LEEP procedure. At 3 months my next test came back with the same abnormalities. Off I went again to have my first Cold Knife Cone Biopsy. Again at 3 months, I was still high grade CINII, so yet again I had another Cold Knife Cone!!I am sure the guys at Redlands Mater knew me by name!

At my next 3 month check up, still CINIII. I thought I was never going to be rid of this horrible thing living inside of me.

Due to my becoming a single mum, I could no longer afford to keep going to my wonderful gynaecologst who advised we would now have to get rid of as he said “my nasty cervix” and do the hysterectomy after all!!! He understood this financial pressure but still wanted the best care for me. He then referred me to the Oncologist/ Gynaecologist Department at the Mater in Brisbane. I was lucky enough to be seen one of the best there; Dr Alex Crandon.

In April 2015, I went in for my hysterectomy without removing my ovaries. I asked why they were keeping my ovaries and it was advised that even with my PCOS history, there is no higher risk proven in the link to that and ovarian cancer.

Recovery has been brilliant and I bounced back into normal life and working extremely well. I was given the all clear margins and have had my 3 month check and am still awaiting the results (with bated breath).

I am always raising the awareness of getting regular Paps in my own circle of friends and will keeping a very close eye on my daughter. I also wish for all young girls to be aware of the risks involved in not being tested regularly. And to make sure they are talking with their GP, especially at an early age so they do not have to go through what I have since the age of 15.

To ensure they talk to their Doctors, raising any concerns and don’t be shy! Take the time to ensure you are looking after YOU!!