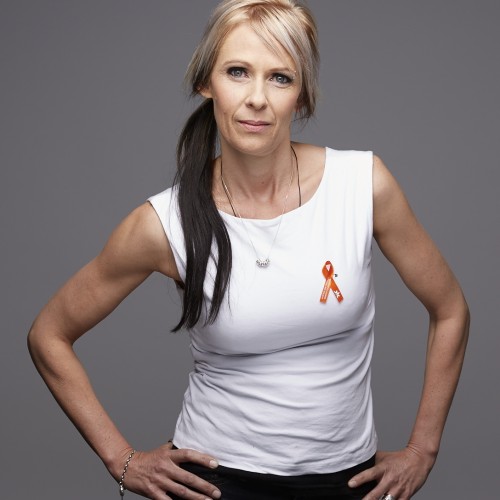 Last year in August I went for my routine Pap test, which was about six months overdue. I have suffered from PCOS for a number of years and thought it was playing up again. So a few days after my test I had a internal ultrasound and even though my ovaries were fine they found a mass just under three centimetres on my cervix.

The next day I returned to my doctor to discuss the ultrasound results. I also got the news my Pap test results were not good. Within three weeks I was seen at the Mater Hospital by the gynaecologist department for a biopsy. The doctor then said it was not looking good and fast tracked my results. Three days later I knew I had cancer. For about the next six weeks there were numerous tests and many hospital admissions, as my health really took a turn for the worst. I was unable to hold food down, I had no energy, I was so tired all the time. Which was so hard for me having such a active life and especially having a baby. I dropped down to 46kg and my blood tests showed all my much needed levels were low, I was pretty much just getting by.

On November 4th (which was my Sons 1st birthday that I missed due to being in hospital) I was told I was no longer looking at surgery. The cancer had grown too quickly and I was at stage 2B, needing chemotherapy and external radiation to begin immediately. This was then quickly followed by internal radiation (known as Brachytherapy). I read as much information as I could on the treatments and how it effected the body. For some reason I was okay with the radiation therapy but not with chemotherapy. To be totally honest I really didn’t want to do either, I just wanted it to go away. It was only three days out from starting my treatment that I gave the doctors the okay to do chemotherapy.

From December 15th I started chemotherapy once a week for a whole day and external radiation every day except the weekends. Towards the end of the six weeks I could no longer do radiation therapy due to the horrible side effects I was having, so I cancelled the remaining sessions, against the doctors wishes. I just couldn’t do it anymore. Then in early February I was booked in to do the brachytherapy for fifty long horrible hours with no visitors, no one there with me for support.

I would not wish what I had been though on anyone! The burns, the blisters, the open wounds, the hair loss, the irregular heart beats, the metallic taste, the weight loss, and everything else that went with it. It was horrid and not something I will go through again. I wish now I had looked more into the holistic approach and taken that path. I am still dealing with the effects and the toll it took on my body.

I was very fortunate that my mother in law, my mother, my two sisters, and a dear friend, all travelled to help look after me along with the great friends I have here in Brisbane. Their support was nothing but amazing and I don’t think I could have got through this without them. Especially my awesome hubby who really looked after me.

It has only been in the last couple of months that this has really caught up with me and think I have dodged a bullet.