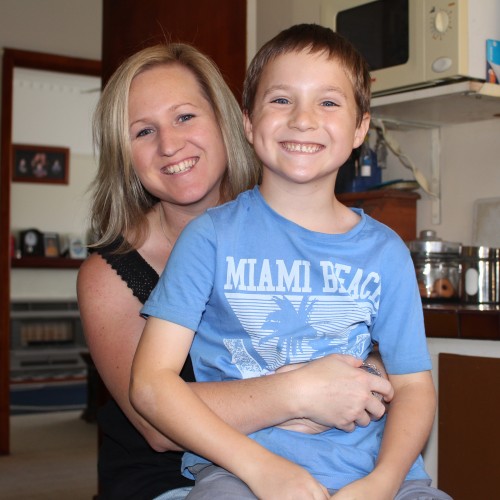 I am a 40-year-old woman who was diagnosed with cervical cancer (stage 1B) in June 2010. I just went for my two-yearly Pap test and it came back as having abnormal cells. After a very painful biopsy test and a two week wait for the results, I went to the doctors and they told me I had to go to hospital and have a cone biopsy.

After this operation, and another long wait, I returned to the doctors for my results. He said that everything was fine and to come back in six months. I was so happy and relieved, but the next day I got a call from the doctor’s office saying they had made a mistake and I had to come back for another appointment. When I returned I found out that I did have cancer and had to go to Melbourne’s Mercy Hospital for more information.

After many appointments, scans, and tests it was decided that I would have my lymph nodes removed first to make sure the cancer was not spreading. I really did not want to have a hysterectomy and preferred to have a radical trachelectomy (removal of just the cervix) so that I might be able to have more children (I already have a 12-year-old boy). When the results came in, I was relieved to find out that it was not spreading and went ahead with the trachelectomy.

After three operations and long hospital stays away from my family I have to be positive and realise how much worse it could have been. If I had not had my regular Pap test, doctors have told me that things would have been a lot different. It has been five years since I was first diagnosed and due to the operation I had have had to have regular check ups every three months. I have had a few issues with irregular cells and bleeding and have had to return to hospital for curettes and a hysteroscopy to ensure the cancer has not returned. I have recently celebrated 10 years of being cancer-free.

I was unsuccessful in becoming pregnant after my operations, but I am blessed with the child I was given and I never want to take that for granted. I am glad I get to live a long and healthy life and watch him grow.

My message to all women is to really make sure you keep up to date with your pap checks, it could make all the difference to your outcome.

I want to spread the message that regular check-ups make all the difference to your outcome. I am so grateful that the ACCF have given me this outlet to make a real difference to women everywhere.