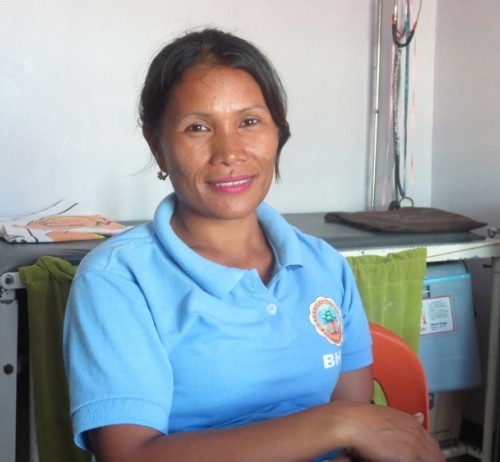 I am 35, I have 2 children and I have been a Health Worker for 9 years in Catarman, Northern Samar. Last September I was screened for cervical cancer at a clinic where nurses, midwives and health workers were being trained in cervical screening. The method we use here is called VIA (Visual Inspection with Acetic Acid) screening method. It was during this screening that I was diagnosed with abnormal cervical cells and so I underwent cryotherapy treatment. Before getting this diagnosis I had no idea about cervical cancer.

In January 2016, I attended another clinic so I could be re-examined following my treatment to confirm it had been successful. I was happy to hear that it was successful and I have just been advised to come back in one year’s time. I experienced no pain during and after the cryotherapy and I suffered no side effects, such as infection or bleeding, so I was very happy with this outcome. This is my second brush with cancer as 14 years ago I had surgery to remove a cancerous section of my liver. I wondered if there might be a link between my past health and this recent diagnosis of abnormal cervical cells but the health workers assured me there was no link.