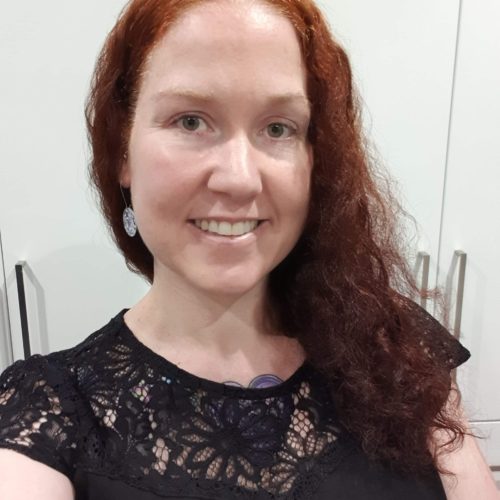 I had all the Gardasil vaccinations when I was in my early 20’s and with my second partner (now ex-partner).

My first abnormal Pap result came after I had given birth to my second baby in 2008, this cleared away on its own.

In May 2016, at the age of 28, I went for my routine 2 yearly Pap test. The results came back with low-grade abnormalities. I waited until April 2017 and had a re-test. In May it came back high-grade lesions. I was referred to a specialist team about 45 minutes away. At the specialist, I was told laser would be the treatment option until they performed a colposcopy and 3 biopsy pieces were taken from my cervix. A vinegar test was done and photos were taken. I could see from the screen it wasn’t looking good.

Weeks went by and I was told that I had Cin3 (caused by the HPV virus). It had spread pretty much to the area around my cervix and formed new growths. In August I had a large scope excision (LLETZ) performed, it took two passes and a few blood pressure issues in recovery, but they got me back to normal and off I went. I’m awaiting my follow up colposcopy in December 2017. I have been told so far they got it all, so I was given clear margins.

Since then I encourage all women and young ladies to be screened regularly and if you have symptoms to see a doctor. I’m lucky it was caught early, it may have been a tad aggressive but we got it all so far. Some are not as lucky and we think and pray for those women who have a long journey to fight this demon.

Thank you for reading my story.

Olivia has had regular cervical screening since having LEETZ in 2017, thankfully, all tests to this date are clear from both HPV and abnormal cells.

Get regular 2 yearly Pap tests. If you have pain, bleeding, or discomfort from anything including sex and exercise, get it checked out and encourage others to do the same.