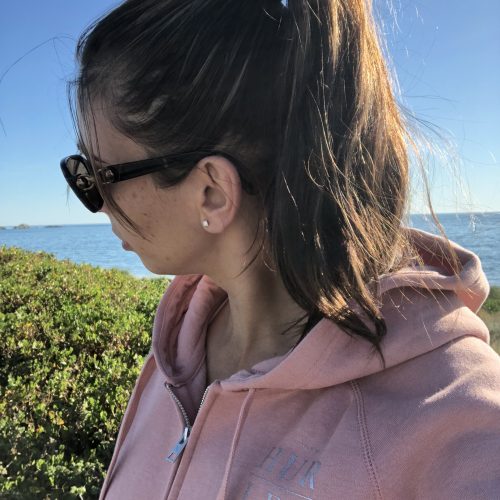 When I was 23 (2008) I was recommended by a doctor to get the Gardasil vaccine that the government was giving away for free to women in my age bracket, he said it was to help prevent cervical cancer which numbers were raising in Australia, so I went with his advice.

2009 I went for my regular Pap test, I was then asked to return to speak about the results, I was then directed to a specialist who completed a colonoscopy (biopsy), results came back as CIN2, the next week I was back in having a LLETZ procedure, I watched the entire time on the TV screen with my mum standing behind me watching also. An area the size of a 5 cent coin was removed.

One year later I had to go back for a check up and it was CIN1, for the next few years I managed to get it dormant and had clear results. That didn’t last long, 3 years later it was back at CIN1, Pap smears then went to every 6 months.

2018, now 32 nearly 33, not married or in a relationship, no children, 1x 11 week miscarriage that required 2x DnC operations. I went back for another biopsy with CIN2 and CIN3 detected, I was booked in 3 days later for another LLETZ procedure, with now facing pregnancy complications. An area the size of a 20 cent coin was removed. I have been told to come back in 4 months for a Pap test he says, to be continued…

My advice is get to know your family history, it is vital. I’m not the only family member who has had cervical abnormalities and I wouldn’t have known unless I spoke up about my own issues. My grandmother passed away young with ovarian cancer, my mother has had a hysterectomy before reaching menopause. And this is what’s in store for me, so far.

I’ve noticed a pattern of unexplained high anxiety and depression 6 months before being told I need to go for a biopsy.

Educate yourself on how the body works internally, seek info on health, nutrition and mental health, even if it’s just for 10 min a day. There is a reason for everything when it doesn’t feel right. There is so many people out there that are mislead and think they are healthy when they are not.

Don’t deny your health the right to fight.