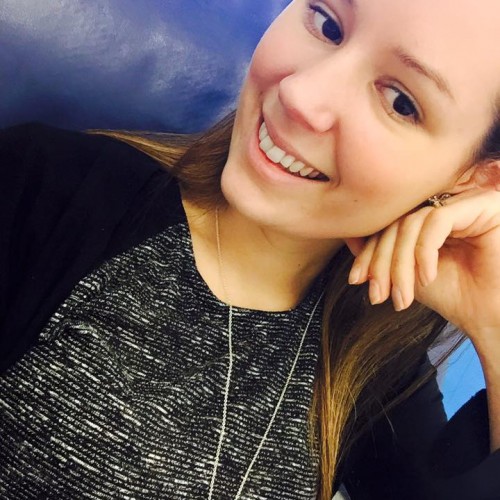 I am 27. I am a wife, and a mother of a two year old, and am currently battling stage 3 cervical cancer. This is my story in brief.

In the early months of 2015, I stopped taking the pill after almost 10 years. Soon after, I started bleeding abnormally and experiencing lower back & abdominal pain. which prompted a visit to my doctor in May 2015. The doctor performed a pap smear & some other testing. While waiting for these results, I discovered a very large lump, what we now know was a tumor, attached to my cervix & pelvic wall. The doctor referred me to the hospital in June 2015. After more examinations & a biopsy, I received the phone call that changed my life. June 17th 2015, I had cervical cancer.

I was referred to the RAH and sent off immediately for scans. A week later, I ended up in RAH Emergency, I had severe bleeding, I was admitted to hospital. During this hospital stay I had an internal examination under anesthetics. The purpose of this, along with the scan images, would determine the stage of the cancer and a possible treatment plan. Monday 29th June 2015, I was told my cancer was at stage 3.

The tumor was too large to remove, too difficult to operate on, 5.5cm x 6.2cm to be exact. I needed radiation & chemotherapy, but before this, I needed surgery. Thursday 2nd July 2015, I underwent major surgery to remove my fallopian tubes & “lift” my ovaries out the way, in preparation for radiation treatment. Radiation burns everything in its path, and the reason for this surgery was to ensure that I could still have a natural hormone release, and not go into menopause at 27. Post surgery seen me very ill, in a lot of pain and admitted to hospital again for another severe bleed. The doctors became concerned and wanted to start treatment ASAP. July 9th 2015, not even one month since diagnosis and one week post operation, I began 7 weeks of radiation & chemotherapy treatment. I was booked in for 5 chemo sessions, one per week, and 28 radiation treatments. Then ended with 3 internal radiation treatments (Brachytherapy).

Every day I headed into the city – for just over 5 weeks straight. In the beginning I could not drive, having major abdominal surgery. Being thrown straight into treatment, it was tough to say the least. Life was full on. The support we had received up until this point was amazing, but to the friends & family that helped out during this time, drove me around, fed my family, and looked after our little man. I am eternally grateful for all of you.

The chemo I was given (Cisplatin), had over 2 pages of side affects, but luckily for me, loss of hair was not one of them. Radiation was the most important form of treatment in my plan.. Chemotherapy caused severe nausea, insomnia, a change in my skin, my hair began to thin slightly, and I would experience an intense ringing in my ears every so often.

As well as all this, radiation was slowly affecting me internally.

Where am I in my life right now? Still healing & waiting. Waiting for a scan that will determine the current status of my cancer and what is planned for my future. The emotional struggles I have faced cannot be described. The mental battles have been extreme, but I chose to live with happiness & positivity. This is my life and I will not live it in fear. I now want to help others, I don’t want to see anyone suffer from this cancer. I have started a Facebook page “With Love, Strength & Cervical Cancer” and through this page I am creating awareness, with hopes to hold charity events in the future.

Know you body; look after your body. Be vigilant, be aware of any changes. Have you’re Pap tests. Talk to your GP. Be open & honest with those close to you. It could save your life!