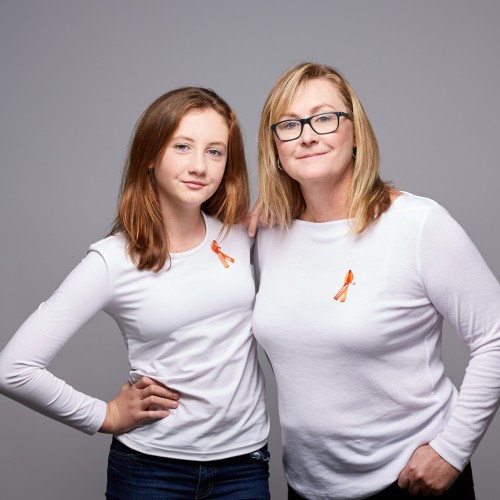 In May 2009, I went for my annual Pap test (I have had another cancer before so I am more vigilant with tests now). I’d been having strange discharge between periods, but discussing it with my GP.  We thought that it was due to my age, (it could be my body gearing up for menopause) I was 37. It turned out that I had cervical cancer, and further investigation was needed. At the time I was living in outback NSW, so it was a three hour visit (one way) to see the gynaecologist.

After the removal of my uterus I honestly thought that was that. Then I received the dreaded phone call, ‘after careful consideration the specialists who review all gynaecologist operations at the hospital suspect that the cancer has spread’. So it was back to Sydney once more. This time for a radical hysterectomy and both lymph nodes were removed. It was a gynaecological oncologist who informed us that if the cancer had spread to my lymph nodes life would be getting very hard. My husband and children came with me and after the operation we were told that the cancer had not spread to my lymph nodes.

It was the best Christmas present anyone could ever get. The experience was an emotional roller coaster as I had a 3 year old with developmental issues and a 7 year old. Living in the outback is hard enough without regular services but without the dedication of my GP ( who was a Flying Doctor), my amazing husband, and our spectacular friends (who were there helping daily), I’m not sure where I would have ended up.

A little bit of discomfort and maybe even some embarrassment is worth it, because what is the other option? Get regular Pap tests. Don’t ignore what you’re body is telling you and if you’re not happy with what the doctor says get a second opinion. We only get one chance at life. 🙂