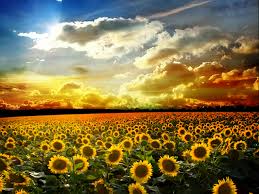 My name is Shey and this year I was diagnosed with cervical cancer.

I’m telling my story not just for myself, but for others out there that have also been diagnosed with early stage cervical cancer.

I had no symptoms, and I attribute having a Pap test every 12 months rather than every 2 years for the great outcome I have achieved.

For 13 years I have had abnormal Pap test results (CIN1 – slightly abnormal cells found on the cervix which are not cancerous). My gynaecologist was not overly concerned, but this year in February I had my yearly Pap test and was called within 48 hours to go back to my doctor. She told me I have abnormal results – nothing new for me, so off I went in a week to see my gynaecologist.

He performed a colposcopy and biopsies and told me to call in 10 days for the results. Within 48 hours I got a call from them. Something had shown up on my results, so I knew this was not going to be good.

I went back in a few days to my gynaecologist and was advised of having CIN3 (a high grade cervical abnormality). I was booked in for a LLETZ procedure, but not until July. The doctor was going on holiday and I was going on my first Thailand holiday, so that was a great time to not think about what was happening inside of me.

I had my LLETZ done 2 days after being back in Melbourne, and was told to see my gynaecologist for a follow up in November. Once again, within 48 hours I got that call. They said it was urgent to go and see my gynaecologist. That was a scary thing, being told that it’s urgent after having the test done to see if I had cancer or not. Being within the 48 hours, I knew it wasn’t great.

When I saw my gynaecologist again he advised that I have adenocarcinoma in situ. I was told it’s okay because it’s not cancer. I found that strange as I know carcinoma refers to cancer and I was referred to one of the best oncologists in Melbourne for gynaecological cancers.

One week later, I saw the oncologist and she confirmed that I do have cancer on the surface of the cervical canal wall. She said it was a good sign but I needed a cone biopsy to confirm if the cancer was just on the surface or had gone deeper. I was booked in for a cone biopsy at the end of August – I still had to recover from the LLETZ procedure I had done in July.

My cone biopsy was done to remove all the cancerous cells and to confirm if it had grown deeper or not. Being used to receiving a call within 48 hours, as the time went by with no call I went to see my oncologist one week after the procedure. She was happy to confirm she had removed all cancerous cells and it had not gone deeper into the cervical wall or spread into the uterus. I was told that there was no need for chemotherapy or radiotherapy – a huge relief.

I was so happy and through the roof with happiness and relief. I spent that afternoon in an amazing state, walking through Fitzroy gardens covered in thousands of daffodils. The sight and smell put the biggest smile on my face for the rest of the day.

I now have to have follow ups with the oncologist every 3 months for 12 months just to make sure the cancer does not come back in a short period of time, as I have been told this can happen. Then I will go back to having Pap tests every 12 months again.

I know that what I have gone through is nothing compared to some of the other women out battling the many different stages of cervical cancer, and I take my hat off to them. I’m grateful for foundations such as ACCF for the work they do and I now do fundraising for them too. I also fund-raise for Ovarian Cancer Australia.

I want to be able to help spread the word about how important it is to have Pap tests regularly. I tell my story to everyone that I meet, not just women but men too, as this horrible disease can affect any woman, not just older women or just younger women. It affects every woman.

I advise you to know your own body. If you have abnormal Pap tests, do not go every 2 years, push to go every 12 months for a test. It is not uncomfortable to have the test done, and it saves lives.